Summer In The City is set in a Carnaby Street coffee bar and follows the lives of six groovy characters, including a singing traffic warden, a former GI and a cheeky scouser.

Live music from a five piece band will transport you back to swinging London between 1965 and 1967.

Director John Plews has once again teamed up with journalist and author Jennifer Selway (Flat Out, Odette, Wallis) to bring you the songs and stories from that unforgettable era.

Songs include…
Downtown, Will You Love Me Tomorrow, The Shoop Shoop Song, Ferry ‘Cross the Mersey, Because, The First Cut Is The Deepest, I’m a Believer, Don’t Throw Your Love Away, Land of 1000 Dances Television credits include: The Secrets of Quantum Physics (BBC / Amazon). 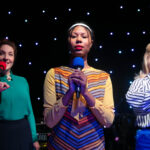 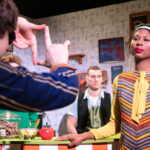 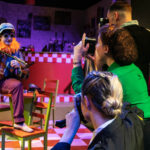 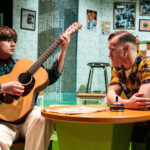 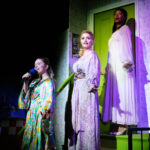 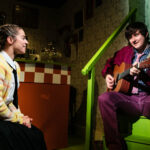 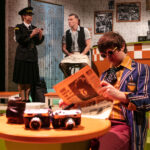 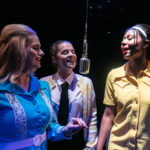 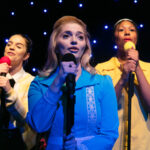 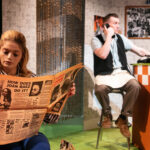 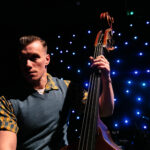 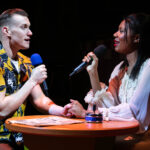 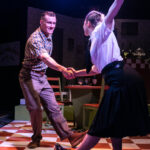 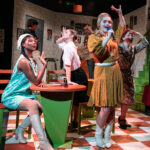 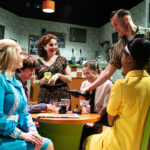 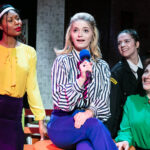 ★★★★★
Phil & Viv Brown for Fairy Powered Productions
“There is so much to love and admire about this fondly crafted Ovation production.  The attention to period detail is exquisite.  The design and direction  is masterful. The overall music supervision is immaculate, and the small Four Eyes band is superb throughout.  It’s all expertly threaded together with a  beautifully written story… this seriously talented cast pulled off a block-buster of a performance. ”
Read more…

★★★★★
Michael Stewart for Morning Star
“The five-piece band led by Curtis Lavender manages to sound like a 20-piece orchestra at times and the music is brilliantly interpreted by this talented cast who all sing and dance to perfection. Summer in the City is ideal for a yuletide winter in this city.”
Read more…

★★★★
William Russell for Reviews Gate
“It is impeccably performed, well sung and a splendid band under Musical Director Curtis Lavender provides perfect backing. As juke box musicals go this is as good as they get – especially if you knew the 1960s.”
Read more…

★★★★
Susan Elkin for Musical Theatre Review
“Great fun and well worth catching if you can.”
Read more…

★★★★
David Winskill for The Ham & High
“Brilliant performances, a song-list to die for, and a perfect family Christmas night out.”
Read more…

★★★★
Srabani Sen for London Pub Theatres Magazine
“Sizzling hot on a cold winter’s night… Everyone left the theatre with a smile on their face and if that’s not the sign of a good show I don’t know what is.”
Read more…

★★★★
Susan Elkin for Sardines
“This newly minted 1960s juke box musical is like a warm bath with lots of bubbles – smilingly appealing to sink into. ”
Read more…

Richard Osley for Camden New Journal
“It’s a jukebox of never-ending hits set in London during the swinging 1960s… It was icy outside, but this was one to warm you up.”
Read more…

Howard Loxton for British Theatre Guide
“A vibrant celebration of the popular songs of the 1960s … It is a delightful nostalgia fest for those who heard them back then and a cheerful, foot-tapping entertainment for everyone else”
Read more…