Five Guys Named Moe is an explosion of entertainment using the great music of Louis Jordan.

A Musical by Clarke Peters

Directed and Choreographed by Mykal Rand.

Nomax is our Hero – he’s broke, his girlfriend’s left him, and he’s listening to the radio at five in the morning. Out of the radio step Big Moe, Little Moe, Eat Moe, No Moe and Four Eyed Moe.

Singing and dancing to Jordan’s jazz-laced rhythm and blues score, the Moes encourage Nomax to turn his life around, get his girl back, and encourage all of us to ‘let the good times roll’.

Classic Louis Jordan numbers include Saturday Night Fish Fry; Safe Sane and Single; and Is You Is Or Is You Ain’t My Baby.

Seen in the West End and on Broadway, Five Guys Named Moe won the Olivier Award in 1991 for ‘Best Entertainment’ Workshops include: Once Upon A…; Heartbreak Hotel; and Futebol: The Alternative World Cup; Black Power Desk (Old Vic). Andre graduated this year and will be making his professional theatre debut, he feels thrilled to be playing the part of No Moe in Five Guys Named Moe. Theatre: Artaban (The Actor’s Church), John in Miss Saigon, The King of Siam in The King and I,  Frank N’ Furter in The Rocky Horror Show, Old Deuteronomy in Cats, Dr Maden/Fine in Next To Normal and Tom Collins in Rent. Training: Currently studying at the Urdang Academy – Graduating in 2022 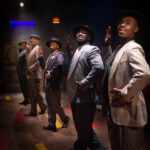 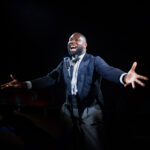 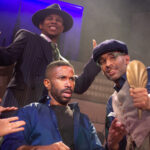 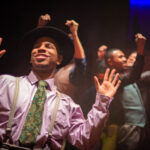 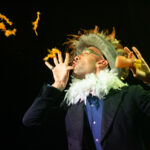 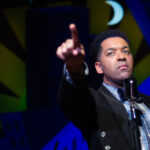 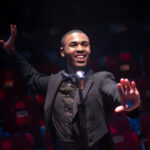 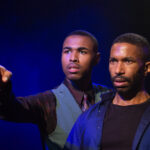 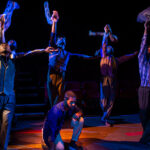 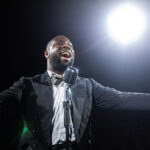 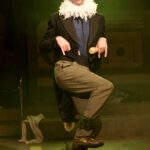 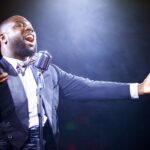 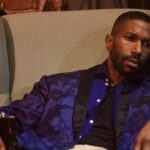 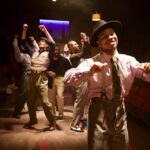 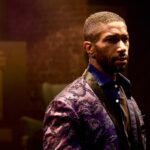 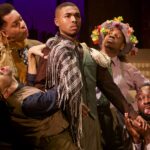 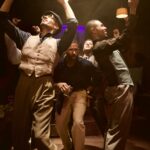 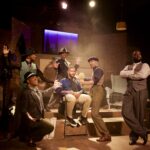 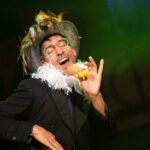 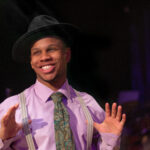 ★★★★★
‘Everything about this musical is great!’
London Pub Theatres Magazine

★★★★★
‘This is a fun show, guaranteed to lift your spirits, and who doesn’t need a bit of that in their lives?’
Fairy Powered Productions

★★★★★
‘This show that brings joy back into our lives could be retitled Six Guys Named WOW!‘
London Living Large

★★★★
‘A fun, energetic and impressive production that brings the spirit and vitality of Louis Jordan’s work to life’
LondonTheatre1