Written and originally Directed and Choreographed by Stuart Ross

When most of us think of the 1950s, we think of Rock ‘n’ Roll, Hot Rods, Elvis, D.A. haircuts and teenage rebellion. But there was a ‘flipside’ to this era – the side of harmony, innocence and the sincerity of dreams -when American families gathered in front of the TV to watch their favourite programmes, like Ed Sullivan or the Perry Como Show.  It was a period when vocal groups harmonised their way across the airwaves and jukeboxes of the USA. This is the story of such a group  FOREVER PLAID Credits include; Goody in FAME (UK Tour and West End). Credits whilst training Include: Newsie in NEWSIES; Daniel Beauxhomme in ONCE ON THIS ISLAND; George in SUNDAY IN THE PARK WITH GEORGE. Credits include; PRINCE OF EGYPT THE MUSICAL (Dominion Theatre)

Credits whilst training Include: Nathan Detroit in GUYS AND DOLLS, Dodge in LONDON ROAD, Governor John Slaton in PARADE.

Other work: Ball and Boe ITV Special and O2 Arena 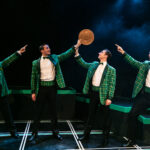 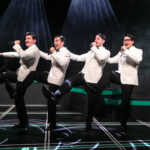 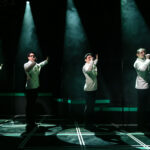 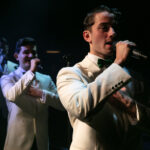 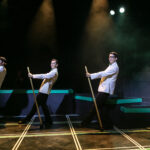 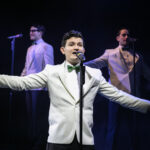 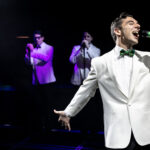 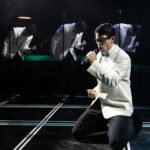 “Alone each of the four performers is terrific, yet when they come together they are truly sublime.” Read more

“This marvellous little show deserves to find a home in the West End; it aims to please and hits the target dead centre!” Read more

“This is a truly brilliant 5 star rated show” Read more

“A show crammed with surprises, laughter, pathos and pace. You come out high as a kite, full of heart and reminded you have one” Read more

“This entertaining, 80-minute show is a bit of a treat” Read more

“Ovation is delighted to be welcoming audiences back again and audiences are having a good time.” Read more